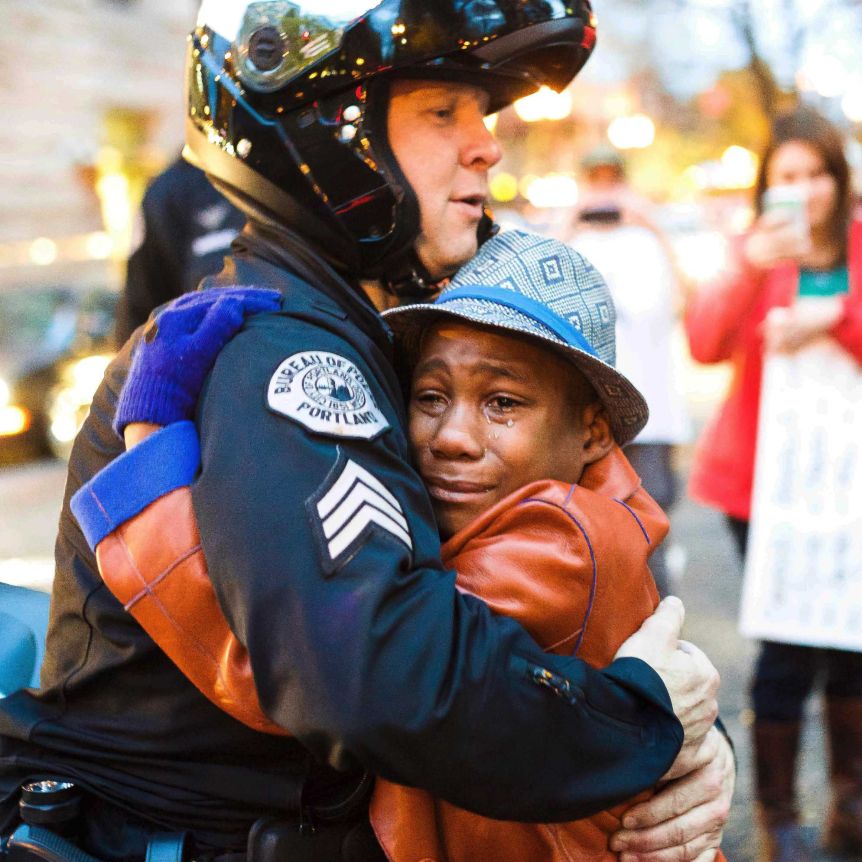 I haven’t always had the best experiences with law enforcement. I seemed to have run-ins with them quite regularly in my late teens and early 20s. Yes, sweet little me didn’t always make the best decisions, believe it or not?!

When I was in highschool, I stopped by Safeway with a friend so she could say hi to her boyfriend who worked there. Someone called the cops saying we were trying to buy alcohol. 5 minutes later, 3 cop cars surrounded my car and interrogated me. I was told by a police officer that I was scum and he had no respect for me, even when I was being completely cooperative. Ironically, it was one of the only times I actually wasn’t doing anything illegal back then 🤷

When I was in an abusive marriage, the cops got called to our apartment. Even though he had left marks and bruises on me and I was clearly distraught, the police asked my ex husband if HE wanted to press charges against ME since I had slapped him first.

Various additional encounters over the years only solidified my opinion that cops were jerks and the legal system was ultimately set up in favor of the bad guys and/or there really wasn’t much they could do about anything that mattered.

Fast forward almost 10 years. My life has turned around and I find myself working at a domestic violence shelter and resource center. The organization had built strong relationships with law enforcement in the area and worked hard to educate police and first responders about trauma informed response and domestic violence.

In this job, I regularly attended several committees that included various members of the community and numerous law enforcement professionals collaborating to better our community. My opinion of cops will never be the same.

I only got a glimpse into their reality as they shared stories of witnessing the very worst things that humans can do to each other. Horrible stories of abuse and tragedy that they get called to on a daily basis. Seeing just one of these events would be enough to bring most men to their knees, yet they wake up and face the unknown and the worst of humanity every. single. day. I honestly don’t know how they do it, and they do it to protect and serve people they don’t even know, knowing that they will probably never even get so much as a thank you. These men and women are some of the most brave, selfless, incredible heros.

There are bad apples in every bunch. There are cops with a multitude of issues, and I’m sure there are cops who join with racist ideas and intentions. That is never ok, and it must be stopped at all levels. But there are also some of the most amazing people I have ever met who truly want to help and do the right thing. I hope that those people will not be discouraged, and continue to do the right thing even in times of adversity.

I will continue to support law enforcement AND fight racism. The two are not mutually exclusive. I hope that somehow, we can work together to realize that both causes serve an essential purpose.